Aside from sone regularizing of the orthography, one of the key features that distinguishes Middle Valthungian from Modern is a series of changes made to the vowels. All of the “weak” vowels present in Middle Valthungian – the schwas, the lax vowels, and the syllabic sonorants – were either elided completely or strengthened / fortified / tensed. This is a secondary process to the Old Valthungian “Vowel Tensing” that was experienced some thousand years previously after the language’s initial sustained contact with Latin.

The most immediately noticeable result of this is in infinitives, gerunds, and 3pl. present verbs which suddenly end in –na(þ)(s) after the syllabic /n̩/ in the ending was forced back into a sonorant-vowel sequence. (At some point I’ll put together another post about the complexities of how to figure out whether an infinitive should have –na or –an, but that’s for another day.)

A slightly less immediately apparent consequence of this fortition is a type of epenthesis which has often been attributed to the language’s proximity to certain types of poetry, but the result is that unstressed mystery syllables occasionally spring up unbidden to maintain the language’s iambic nature, especially in words containing more than one stressed vowel. By the beginning of the seventeenth century, it was almost impossible to find any word with two consecutive stressed syllables.

Epenthesis of this kind didn’t usually alter the words themselves much aside from having an extra vowel to play with (usually /a/), but in some particularly changeable classes of words, the changes were more extensive. The best example of this is the series of “teen” numbers (13‒19).

13 — Thirteen itself is kind of an anomaly in Valthungian. Historically it seems to have had two forms as far back as the Gothic era, where Griutungi *þrītehun and *þrijatehun are assumed to have been used in free variation, and indeed both þrītǣn and þrižjetǣn were found in Middle Valthungian. However, þrītǣn fell out of use in Middle Valthungian, after which exclusively þrižatǣn is found in the language. This is notable here only because it demonstrates that this number did not undergo epenthesis like the others, settling instead on an alternate form. Had the þrižjetǣn form disappeared earlier, we would expect epenthesis in this number to look more like **þrījatǣn. One more mystery to add to this number is that from þrīžjetǣn we would normally expect **þrīžitǣn in the modern language – with an /i/ – rather than þrižatǣn. Theories abound, but the generally accepted explanation is that /a/ was assimilated by analogy with the following teen numbers.

14 — Fourteen is a little less interesting. The only change there is that the “emphasis form,” fiður, was replaced in most compounds by the more lax form, resulting in fiðratǣn replacing all previous instances of fiðurtǣn.

15 — Fifteen is the first to really undergo true epenthesis, initially by analogy with fiðratǣn before it. At this time, fim ‘five’ had already lost its final –f, but it was retained in the compound fimf-tǣn, and /a/ was added unceremoniously after it. This sequence of /mfat/, awkward at best, initially seems to have caused a reduplication of the /t/, likely by analogy with the ordinal fimfta, but the form fimftatǣn disappeared as quickly as it had appeared sometime in the mid eighteenth century.

17 — Seventeen followed in the manner of fourteen, with a lax form sivnatǣn replacing earlier sivuntǣn, though sivuntǣn is still occasionally found as an alternative (whereas fiðurtǣn has vanished completely).

18 — Eighteen is the only “regular” teen, āta already having a handy unstressed syllable built in: ātatǣn.

19 — Nineteen faces the same awkwardness as fifteen, and while the “proper, correct, and official” rendering is njunatǣn, the occasional njundatǣn still occurs in the wild, which is even more problematic than fimftatǣn, because /d/ is not something that should ever occur in that position, the ordinal of nine being njunþa, rather than the more Gothic-flavoured **njunda.

Minor grammar note: Well, really more of a style note, I guess, since it’s not really “wrong,” per se… In Valthungian, one of the various words for “and” is ǭk (cognate with German auch, Swedish och, Old Norse ok, &c.) This ultimately comes from the class 7 strong verb *aukaną ‘to increase; to augment’. In Valthungian, *aukaną becomes ǭkna ‘to add.’

I was just writing up a recipe, and it turns out there are a lot of instances of “…and add…” which readily translates to “…ǭk ǭk…” which sounds dumb.

So new rule from the Valthungian Manual of Style’s guide to prescriptivist journalism: Use the suffix form in cases like this! Hence, “ǭku” (cf. Gothic auk-uh), which sounds much nicer!
at March 07, 2020 No comments:

I’d like to start posting a regular “Word-of-the-Day,” but I’m still getting settled on a decent format to use. Actually, it will be more of a “Word-of-the-Moment,” because I know I’m not disciplined enough to put something up consistently every day.

Please bear with me while I get some of the technical stuff sorted out and figure out the best way to post and keep this updated! In the meantime, here’s the first take:

Aesop's Fables: The Goatherd and the Goat

I haven’t posted about Maltcégj in a while, so here’s a little translation I did today:

The Goatherd & the Goat


A Goat strayed away from the flock, tempted by a patch of clover. The Goatherd tried to call it back, but in vain. It would not obey him. Then he picked up a stone and threw it, breaking the Goat’s horn.
The Goatherd was frightened.

“Do not tell the master,” he begged the Goat.

“No,” said the Goat, “that broken horn can speak for itself!” 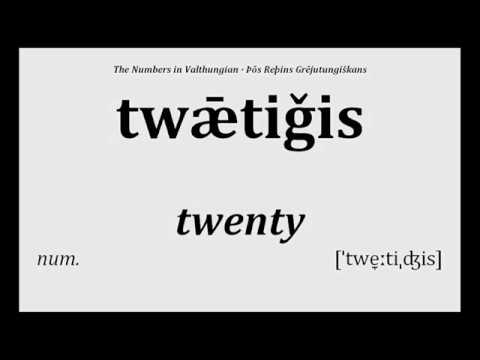